Modifier 59 and Medical Billing: What you should know?

Did you know that there are billers who do not understand the need for modifiers or their usage? Modifiers should be added to the CPT codes when the biller has to describe the rendered services accurately.

The Medicare National Correct Coding Initiative (NCCI) comes with the procedure to procedure edits defining that two HCPCS and CPT codes should not be reported together. If the medical practice reports them on the same date of services, column two will be denied. Another function of these edits includes the prevention of payment for codes that report overlapped services. Modifier 59 is also an important NCCI modifier that is misused.

Modifier 59 is used to indicate services and procedures that are not reported together, but are appropriate under many circumstances. The documentation should also report a different session, procedure, and surgery, which is not performed by the same individual on the same day.

Usage of Modifier 59: What you should know?

There are numerous instances when this modifier tends to be effective. One of the most common uses of this modifier include is to indicate that more than two procedures were done on the same visit, but on different sites of the body.

It is said that this modifier should be only used when there is no other modifier to describe the relationship between two codes.

Other Modifier 59 usage scenarios include:

When You Bill Two Services From NCCI Edit Pair

In this case, you not only bill two services from NCCI edit pair, but you provide those services completely independent of each other.

Modifier 59 is used to identify services (surgical procedures) that are not reported together but are performed appropriately under some circumstances. In some instances, it becomes appropriate to use modifier along with the rehab therapy services. But you will also have to recognize NCCI edit pairs for the same.

These edit pairs are often known as linked pairs or set of procedures that therapists commonly perform together.

In Absence Of Less Descriptive Modifier

If some modifier is unable to explain the performed medical procedure and Modifier 59 explains the circumstances, you can use it.

Do you know the difference between medical billing and coding?

When the healthcare service provider started to submit Modifier 59 too often, they created the following modifiers for Part 2 claims. These alternatives include:

These codes are effective since January’1, 2015 and are sure to help you file a clean and valid claim.

Other instances for the usage of Modifier 59 include:

It should not be used for the PTP edit unless the proper criteria for the usage of the modifier are met. You should also avoid its usage with the other re-evaluation codes.

It is mandatory that the medical practices should comply with all the Medicare billing requirements, such as usage of Modifier 59. It indicates that the procedure is different from other medical processes, which are performed on the same patient on the same day. 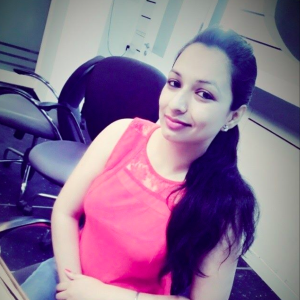 Does Your Medical Billing Software Have These Features?

Modifier 59 and Medical Billing: What you should know?

Medical Billing Errors That Can Lead To Claim Denials

EMR/EHR Coding : What you need to know?

How to Choose the Right EHR System?

Undercoding: Tips To Avoid This Pitfall